Are you looking for a guide to choosing the winning lottery numbers? Read on!

Many seasoned players believe that winning a jackpot is purely a matter of applying the right strategy and understanding the game behind the lottery numbers.
There are proved techniques and rules that when effectively employed can boost your probability of winning.
Though some of the players think that lottery is purely based on luck and destiny. However, involving a right technique in choosing your numbers can enhance your chances of winning though it's not guarantee for winning.

Techniques of choosing your numbers

Hot and cold numbers refer to the frequency or number of times that lottery numbers are drawn. Cold numbers those that are rarely drawn while hot numbers show up in the most winning draws. Choosing a hot or a cold number if utilized well can increase your chances of winning though not a guarantee. 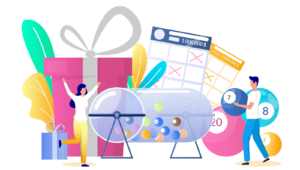 This techniques have been tested and confirmed by some players that it works for them. Some players tends to trust more on their feeling while others make use of techniques so it's good to discover what works best for you.

Hot numbers in lottery language simply means the numbers that have a higher probability occurrence in a draw as compared to other numbers. These numbers are often picked base on history and trend.
Hot numbers are the numbers that are drawn most often in any given lottery in any given time frame. For example, the most common EuroMillions numbers drawn are 17 20 23 39 and 44, with the two most common EuroMillions Lucky Numbers being 2 and 3.

Selecting hot numbers in your lottery ticket combination can help you improve your chances of winning. This is possible if you study the history of the specific lottery draw that you invest in.
It is best to also remember that every number has an equal chance of occurring.

On the other hand, cold numbers are numbers that rarely occur. It has a history of low occurrence though it still has a probability of occurring. Cold numbers are the opposite of hot numbers in that they are the numbers drawn least in any given lottery in any given time frame. For example, the least-drawn Italian SuperEnalotto numbers are 60, 53, 59, 28, and 27.

When it comes to choosing a cold number it depends more on the strategy that you adopt. If you believe that cold numbers have a higher chance of getting picked, then you can select your combination accordingly.

How players use hot and cold numbers

This next step ultimately depends on You. For instance, let’s say it’s the end of the month and you’ve noticed that the number 6 is hot. It has appeared frequently in the past few jackpots.
You can decide that it’s hitting way too often, and thus decide to play against it, or you can decide to side with it. That is to say, because it’s hot, it will surely come up again in the next jackpot.
This is all called the gamblers’ fallacy. Deciding to play with or against a hot number (or streak). The same goes for cold numbers.
Perhaps the number 13 has not shown up once in over a year – you could be tempted to rise to the occasion and state that it surely must give in now. Again, gamblers’ fallacy.
The truth of the matter is, every single number has as much chance to hit as its neighbor.

This is a powerful tool in choosing lottery numbers. It gives you a clue of the numbers that occur in the past and can help you make wise decisions.
There are a lot of statistical tools available online for lottery number selection. These tools can help you select a number that has all the qualities of an ideal number, including randomness, hot and cold number combinations, a selection from a range etc.

Many lottery winners prefer to use the statistical method in number selection, which allows them to measure their chances of success.

The Delta Lotto method is way to choose lottery numbers based on a statistical study of numbers that are next to each other. This information has been related back to winning lottery numbers, which has formed the basis for this method. In other words, the delta method is based on research, but keep in mind there’s no guarantee you’re going to win if you choose your numbers this way.

3. Randomness of a number

The lottery is based on the fact that the winning numbers are randomly drawn. If people suspect tampering, they'll stop buying tickets. The companies that manage lotteries go to great lengths to ensure that the drawings are as random as possible.
As you may know, picking truly random numbers is tricky. But the lottery does everything possible to be as close to random as possible.
Many additional safeguards also ensure that the drawing is random and not influenced by any outside forces. Although security procedures vary from one type of lottery to another, some examples of common security measures include Cryptographically secure Random Number Generators, Linear Congruential Generators, etc.

If you don't already have numbers that resonate with you, here are ways to find lucky numbers for the lottery or for any other time you might need some!

In many places in the world, people consider seven to be a lucky number. In fact, according to a poll run by mathematician Alex Bellos, seven is the most popular lucky number in the world. Given its popularity, maybe it's no surprise that there are seven days of the week, seven wonders of the world, seven continents, seven seas, and many important number sevens. But seven isn't the only lucky number. Other traditional lucky numbers from around the world include three.

Every human is controlled by technology called an inward witness (instinct). This inward witness is designed to help you achieve success. Your instinct can boost your chances of winning but make sure that you consider factors such as number of participants, size and history of the draws.

Lastly, as you have learned from this guide, these are speculations based on past experiences. There's no specific magic to winning lotteries.